Observation and analysis of Beats phenomena through Experiments

Brief Summary
expeyes17/sound/
When two sound waves with frequencies near each other overlap, constructive and destructive interference causes a third frequency to be observed with a frequency equal to the difference between the two.
June 08, 2019

Two Piezo buzzers are connected to SQ1, and WG . One is driven with a frequency of 3000Hz, and the other with a nearby frequency such as 2900 Hz. The combination results in a ringing sound which has a frequency equal to 3000 - 2900 . This is called the ‘beats’ phenomenon, and is a result of interference between the two waves. 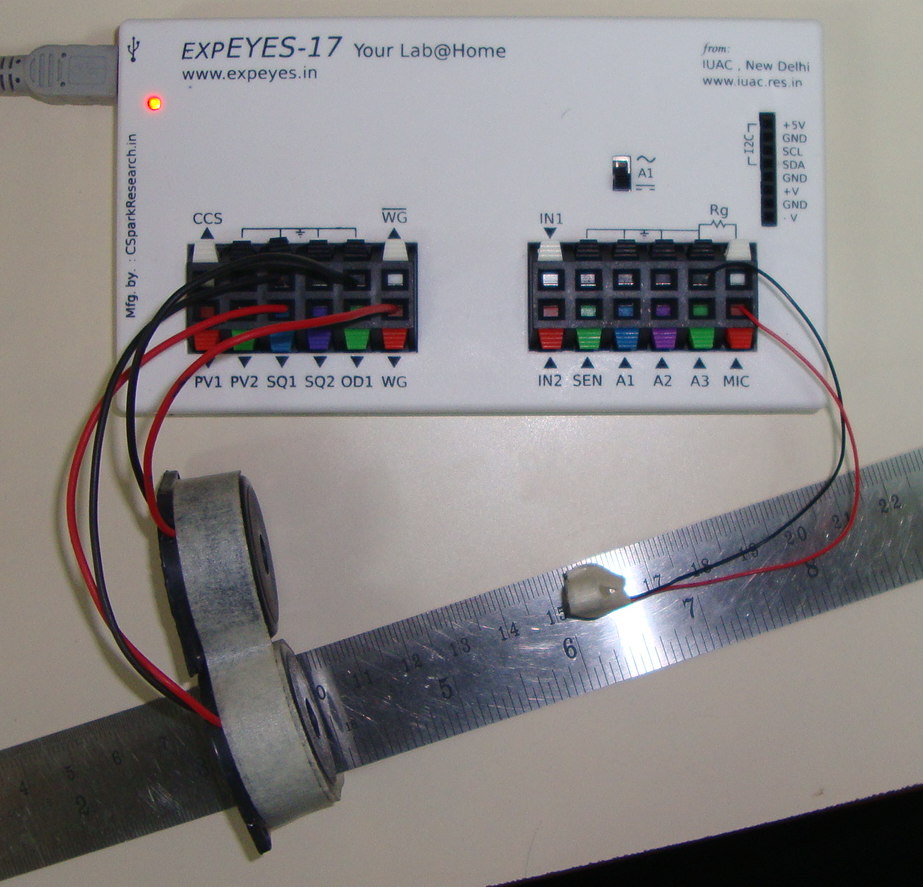 The microphone is used to digitize this new sound, in order to see what the signal looks like

You can observe that the higher frequency now has an oscillating envelope. The frequency of this envelope can be calculated by measuring the time between each node, and taking the reciprocal.

The resonance frequecy of the Piezo disc supplied with ExpEYES is around 3500 Hz. It could vary from unit to unit, so as you move away from that frequency, the loudness will also decrease.

A fourier transform of this signal reveals the frequencies of the initial components which were used to create it.