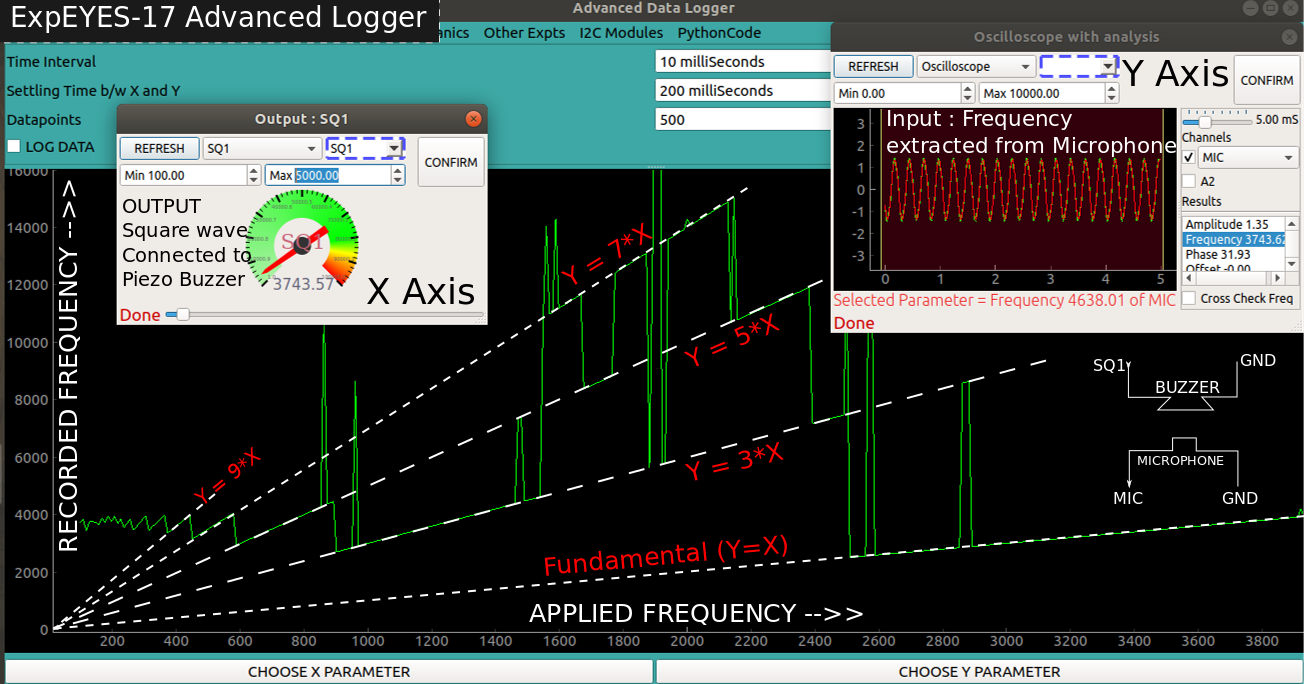 Brief Summary
expeyes17/
A square wave is used to drive a piezo buzzer, and we attempt to identify which harmonic of the input frequency is used. The results also confirm that only F,3F, 5F... frequencies are available in a square wave.
January 17, 2020

With the advanced data logger of expeyes, one can vary one output parameter, and study the effect on some other aspect of the experiment.

We will study the resonance of a piezo buzzer using a square wave, and observe that the buzzer automatically resonates(becomes loud) as long as the natural frequency matches with the input frequency or its odd harmonics. This shows that a square wave is composed of a fundamental sine wave and its odd harmonics with decreasing amplitude.

A settling delay of 100mS is set to allow the piezo buzzer to settle into a new frequency before measuring the stable amplitude.

500 datapoints were acquired, and the piezo buzzer was found to have two resonant frequencies with distinct shapes at 3110 and 3740Hz. 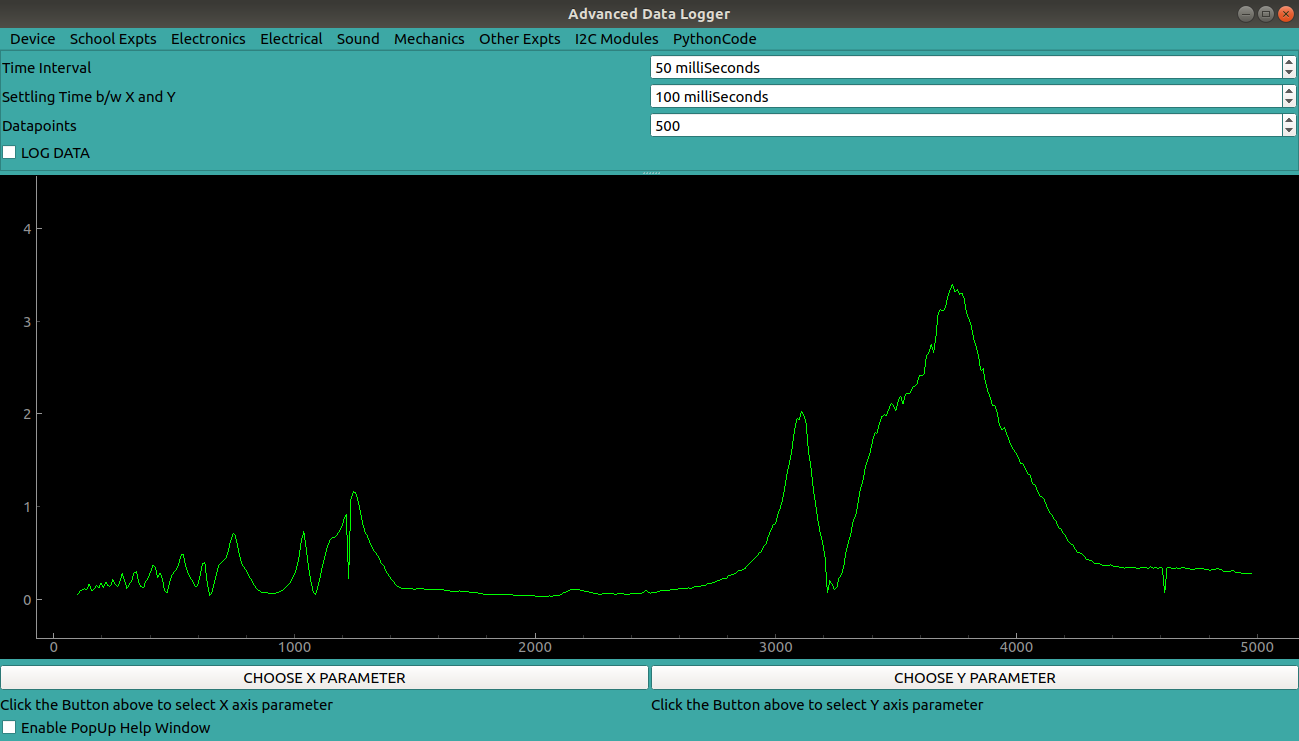 At the lower end of the frequency range, multiple peaks were observed resembling the major peaks. So a smaller frequency range up to 2000Hz was chosen to identify these more clearly 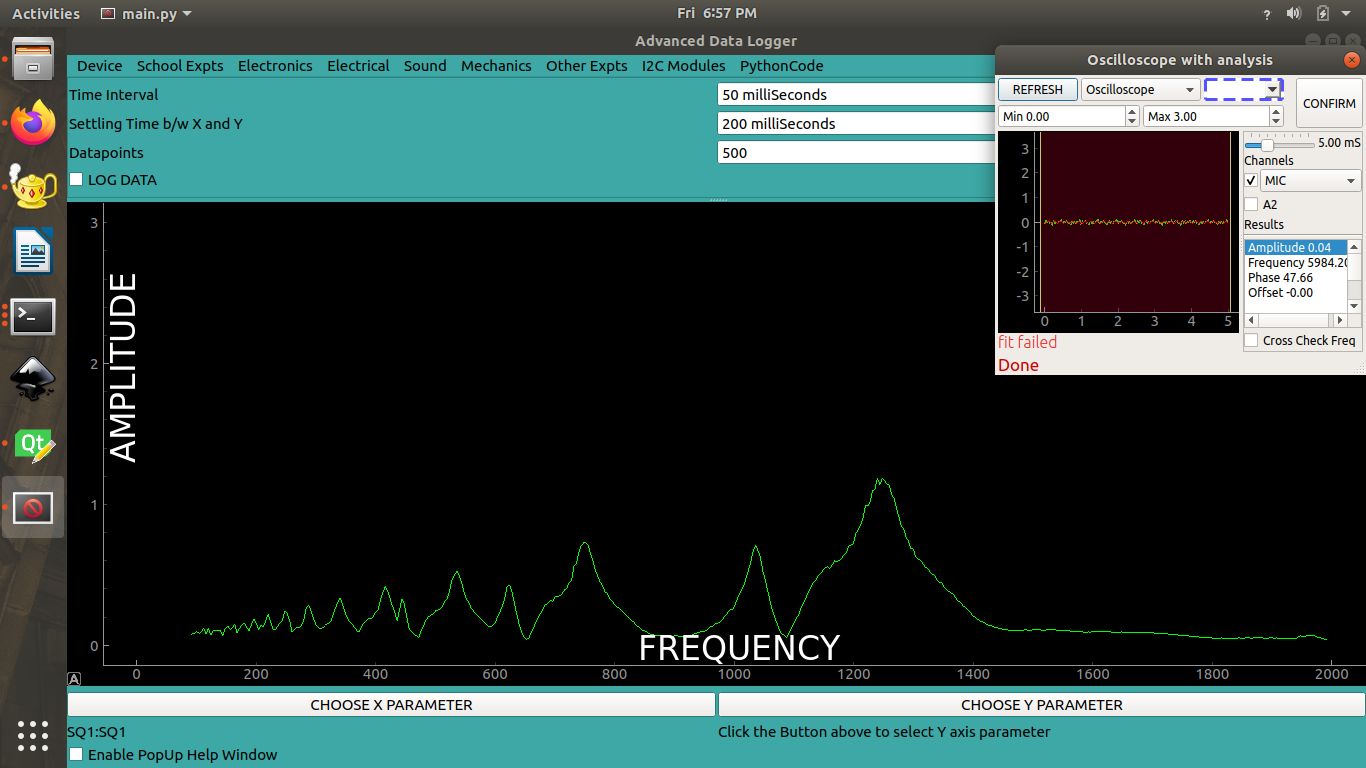 A square wave generator is composed of sine waves, and the series expansion looks something like Asin(fx) + Asin(3fx)/3 + Asin(5fx)/5 + …

Following this, we recorded the dominant frequency emitted by the buzzer against the input frequency. The buzzer would automatically choose one of the component frequencies in the square wave(F,3F,5F,7F …) depending on its natural frequency.

It was confirmed, that the emitted frequency was always an odd multiple of the input frequency